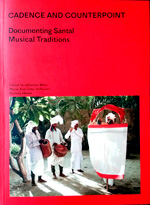 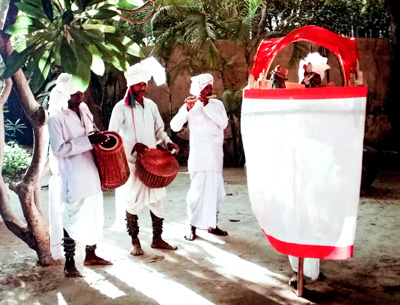 Written by Suanshu Khurana | New Delhi | Published on:April 23, 2015 12:00 am The story goes back to 1968, to Germany, when an Indian instrument — from near Shantiniketan, created at the turn of the 20th century by the Santal tribe — landed in illustrator and collector Bengt Fosshag’s living room. A present from a friend, he never thought it would turn into a collection of over 92 similar instruments, and find a home in the Museum Rietberg, Switzerland, in 2013. These pieces have now made their way home. It took a phone call by Rietberg director Johannes Beltz to Delhi’s Crafts Museum last year, which led to a search for the origins and creation of these rare masterpieces. This research has culminated in an exhibition titled“Cadence and Counterpoint” at Delhi’s National Museum.

Comprising rare photographs of music and dance and daily activities of the Santals, the largest tribe in India spread across West Bengal, Bihar, Odisha, Jharkhand and Assam, the exhibition also showcases films, songs (including a recording from 1914), a variety of instruments and other research and documentation material collected over various periods by a variety of India photographers and documentarians. The exhibition, according to former Crafts Museum Chairperson Ruchira Ghose, “is an initiative to put together an important tangible and intangible heritage”. “I am extremely thrilled by the idea of this collaboration and how it has turned out. These are extremely important projects that need to be undertaken,” says Beltz. For the exhibition, Ghose has collaborated with Bhopal-based Indira Gandhi Rashtriya Manav Sangrahalaya that has donated over 27 instruments.

Initially when the instruments arrived, Ghose and her team didn’t know much about them. She organised a documentation programme by inviting Santal artistes to the Crafts Museum last December. Co-curator Marie-Eve Celio-Scheurer had worked with Ghose before. Soon they understood the complex process of the making and the music of instruments such as banam (a stringed instrument with a bowed monochord); tamak (a cup-shaped single-headed kettledrum); and tamdak (two-headed cylindrical drum). Many banams, which are not only known for producing interesting musical patterns through a single silk string but also for their remarkable sculpted bodies, are on display at the exhibit.

“Musical instruments are sacred to Santal traditions and most of them are gradually disappearing. While classical music has evolved, it has also retained its core. But in Santal music traditions, the foundations need to be documented. That will allow the continuation of the tradition,” says musicologist Jaishree Bose. There is a primitive nostalgia associated with their music, she says, because of their specific musical elements such as intonation patterns and rhythmic frames, one that was key in influencing music created by noble laureate Rabindranath Tagore and flute legend Pannalal Ghosh.

The exhibition also has photographs taken in Kamarbaudi, a village in Chhattisgarh by photographer Deben Bhattacharya, which show the Santals doing their daily chores of washing clothes, playing musical instruments, and …continued »