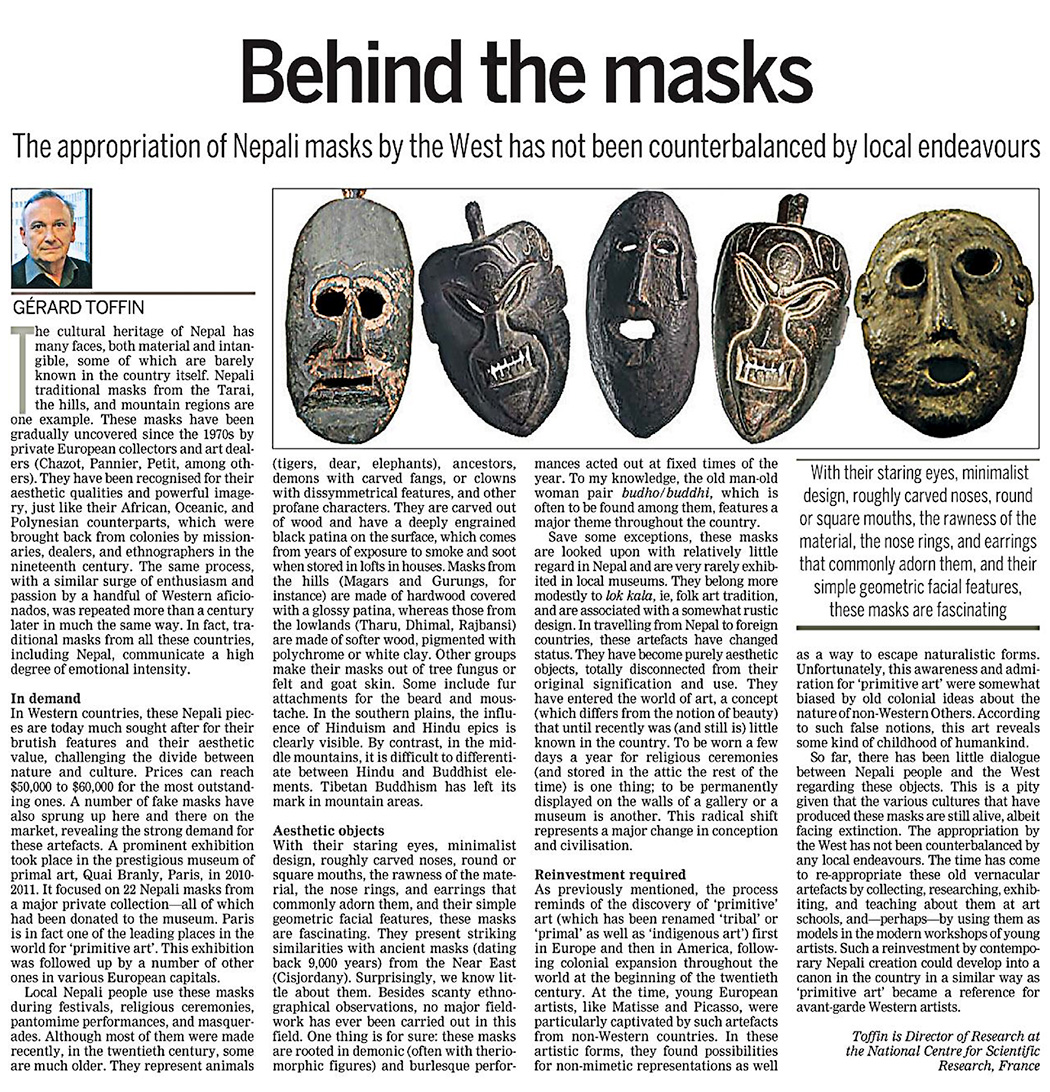 The cultural heritage of Nepal has many faces, bath material and intangible, same .of which are barely known in the country itself. Nepali traditional masks from the Tarai, the hills, and mountain regions are one example. These masks have been gradually uncovered since the 1970s by private European collectors and art dealers (Chazot, Pannier, Petit, among others). They have been recognised far their aesthetic qualities and powerful imagery, just like their African, Oceanic, and Polynesian counterparts, which were brought back from colonies by missionaries, dealers, and ethnographers in the nineteenth century. The same process, with a similar surge of enthusiasm and passion by a handful of Western aficionados, was repeated more than a century later in much the same way. In fact, traditional masks from all these countries, including Nepal, communicate a high degree of emotional intensity.